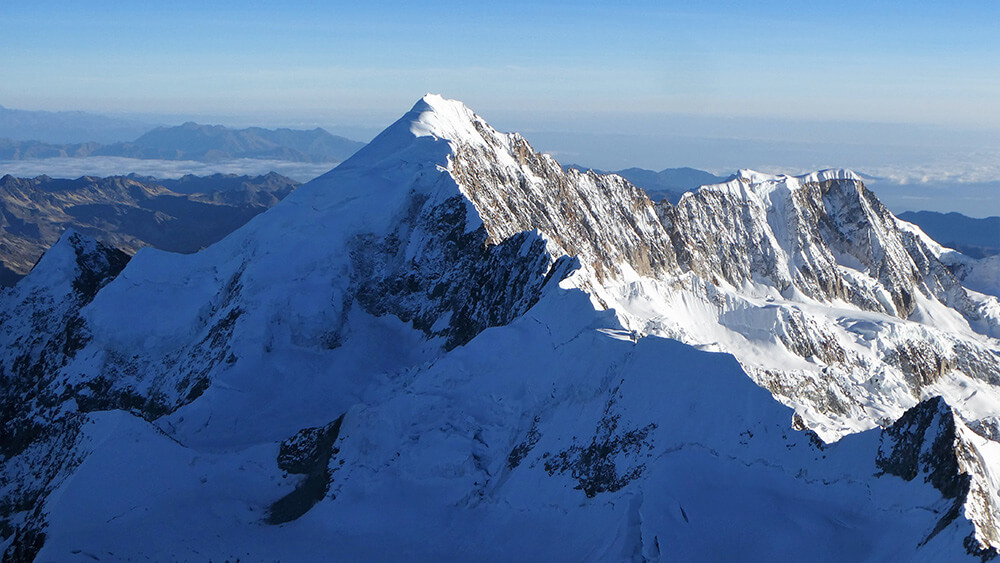 The Illampu (6360 m.a.s.l) located in the northern mountain in the Cordillera Real. Illampu in native aymara language that mean “Strong” and is considered the King of the mountains.

Illampu is one of the hardest climbs - both physically and technically.

This climb offers steep snow and ice climbing, and spectacular views of the Cordillera Real, Titicaca Lake (3810m), Cordillera Apolobamba and to the east, a sea of clouds that covers the dark green mass of the Amazon Basin spreading out to the horizon.

This program is aimed for those who have a good physical condition and technical experience in high mountains. 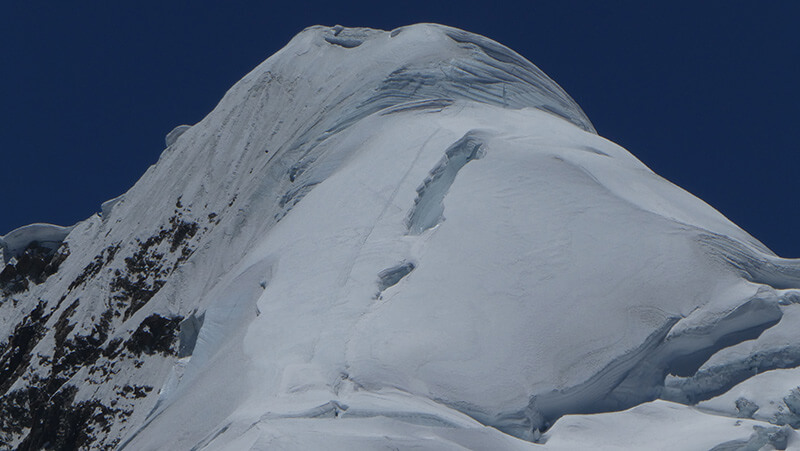 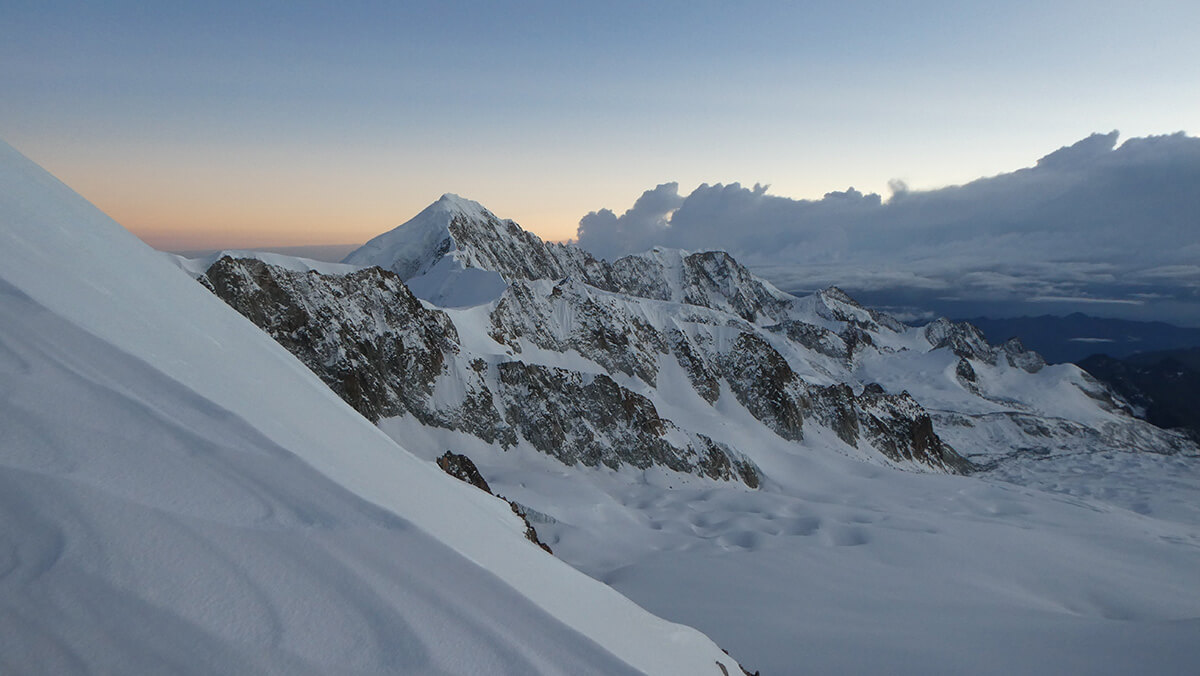 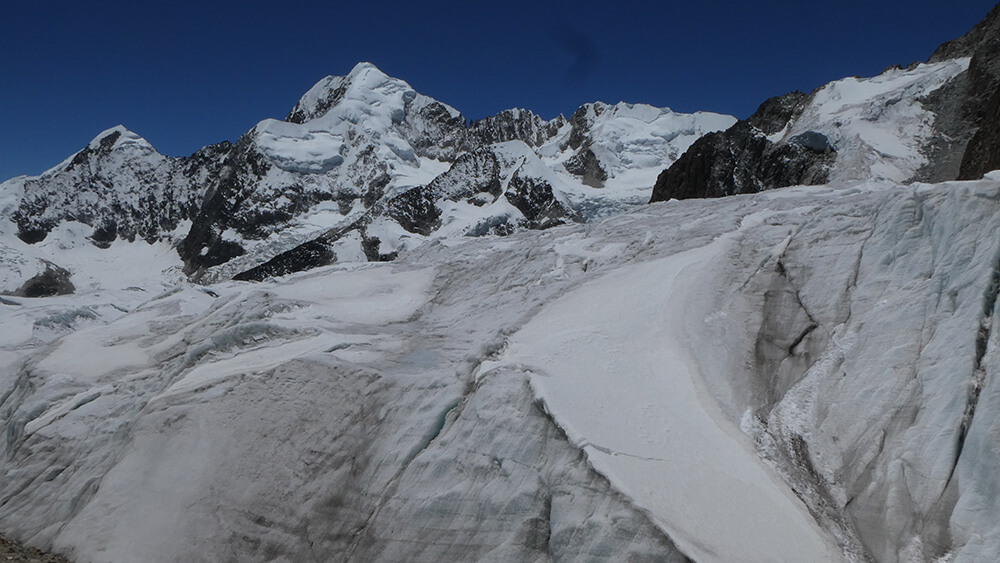 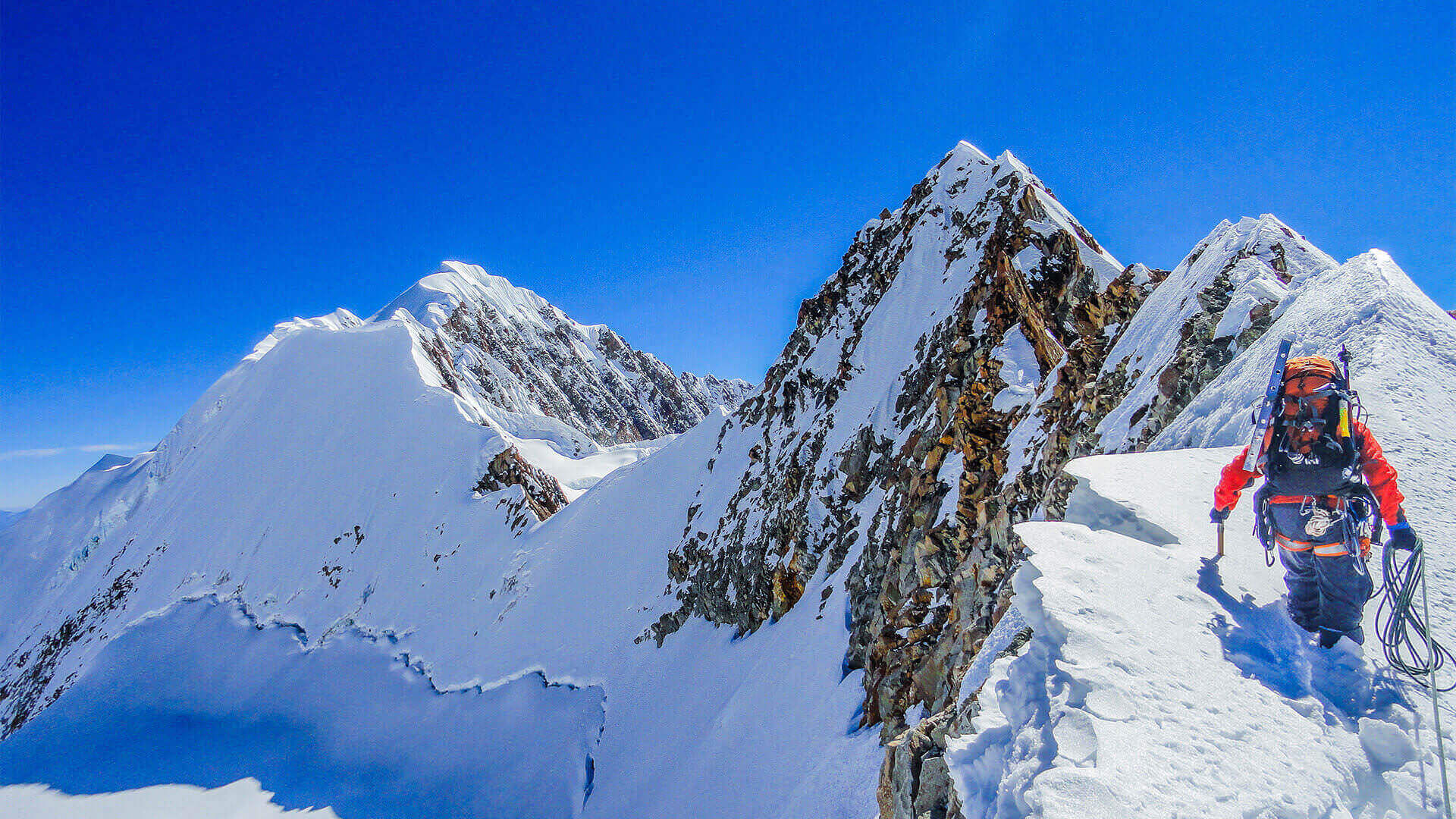 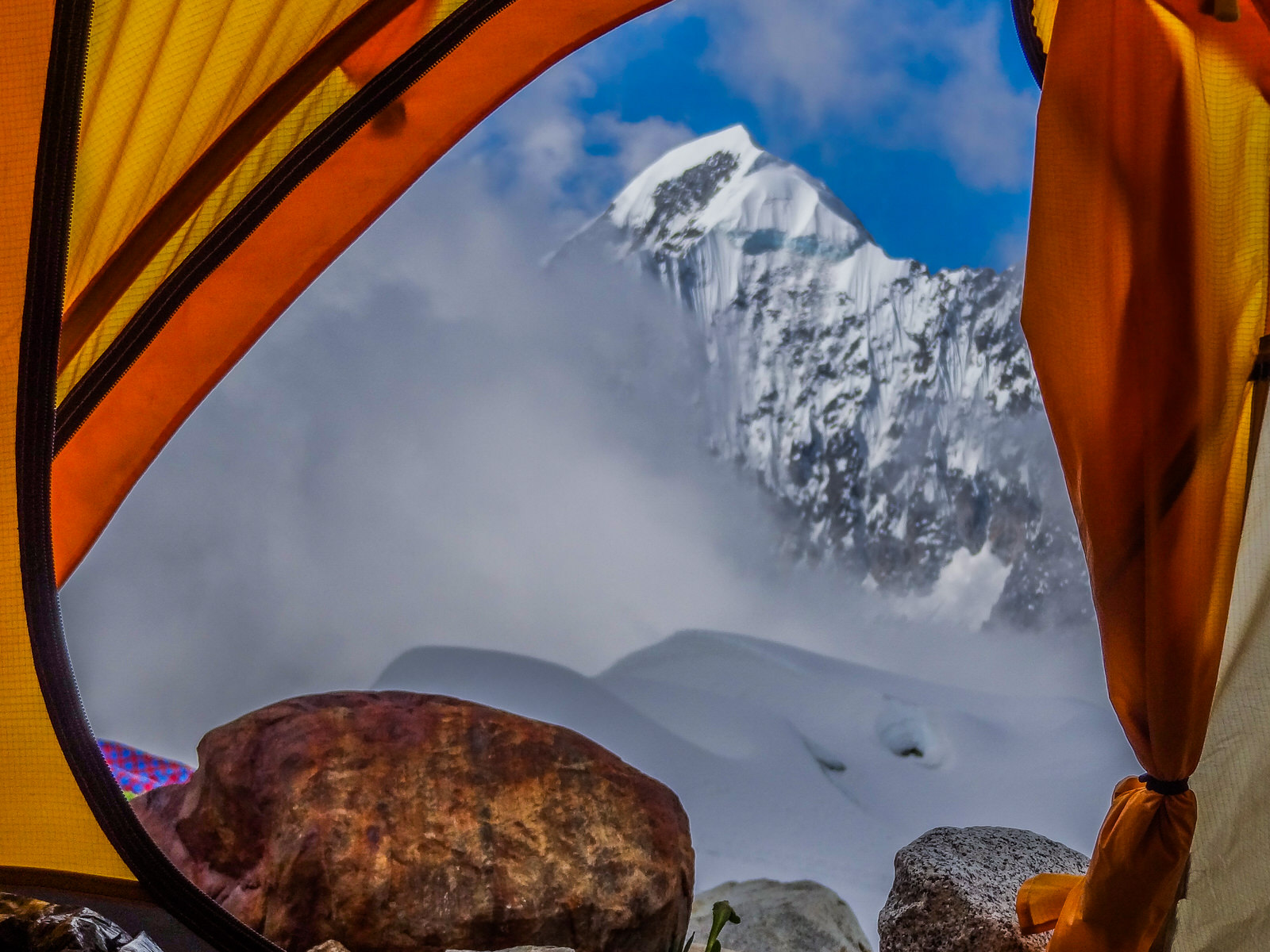 Departure from La Paz in private car to Sorata, village located north of the Cordillera Real.

Travel through the most attractive places of this warm zone, at the valleys in the foothills of grand Illampu.

Night at the hostel.

After breakfast, we will take our transport to the next part of the journey. A dirt road will help us gain height until arriving to Lak’atiya, starting point for a trek that will take us through a not so visible trail, which generally crosses trough humidity and fog. After 4 hours we will find ourselves in a valley known as “Aguas Calientes”, which will be our base camp.

We will depart at 08:30 y and start the walk and a part of the climb (3°- 4° of difficulty). Four hours into the journey we will install our camp in high ground Illampu which is also foothills Schulze peak. After that we will dine and rest.

We will start ascending at 2:00 am. A short plateau will make its appearance, after that, a lot of excitement and adventure awaits us with a first slope of 45°, which leads us to a ridge. We will continue this path until facing a new slope, this time one of 60°-65° that will finally lead us to the Summit. Magnificent would be the word to describe what can be observed from this point, the sunrise, the sea of clouds and the majestic Lake Titicaca.

We will descend through the same path to the base camp.

The return will be through the same way to Lak’atiya, from which we will keep on walking downward until reaching the place where our vehicle will be waiting to take us to Sorata and then La Paz.